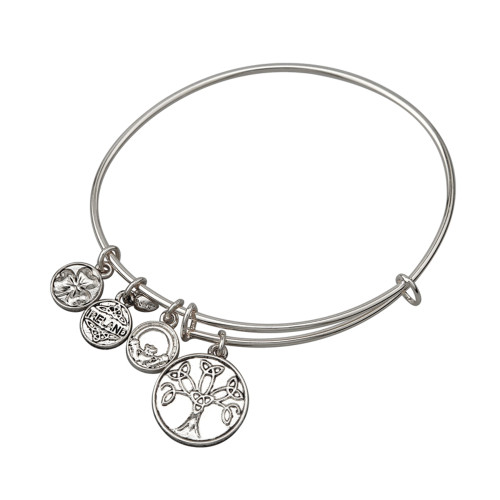 Tree of Life Silver Tone Bracelet/Bangle - Allergy safe and made in Dublin, Ireland.

The Tree of Life Symbol

The Tree of Life exists in many cultures and has numerous meanings. For the Celts, the tree of life represents the concept of harmony and balance, and heaven and earth. Ancients Celts called the Tree of Life crann bethadh. They believed it had special powers. To honor the Tree of Life, Celtic people left a single, large tree in the center of fields whenever they cleared land. They called this tree crann bethadh. Christians see the Tree of Life as a symbol of purity and wisdom, and a cycle of life and the interconnectedness of all creation.