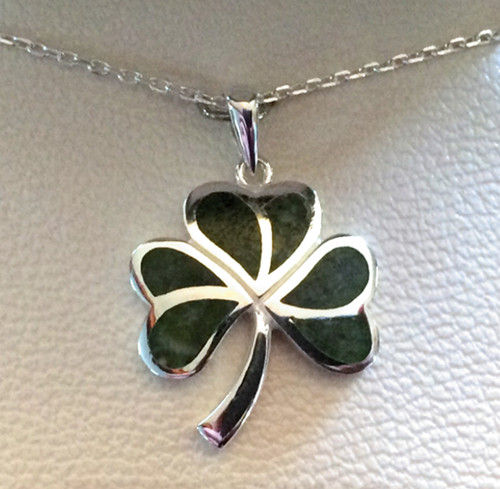 Shamrock Necklace - Sterling Silver with Connemara Marble and made in Dublin, Ireland.