The world's second largest permanent hedge maze was designed to commemorate the peace and reconciliation efforts of Northern Ireland in the past century.

The hedge is comprised of 6,000 yew trees, many of which were planted by people from all over Northern Ireland during December of 2000. It covers 2.7 acres (11,000 square meters) with a hedge length of over 2 miles (3,550 meters), a path length of 3,147 meters, and a hedge height of 1.5 meters, which is lower than the usual hedge maze height, done so to facilitate communication and interaction between visitors in different areas of the paths. 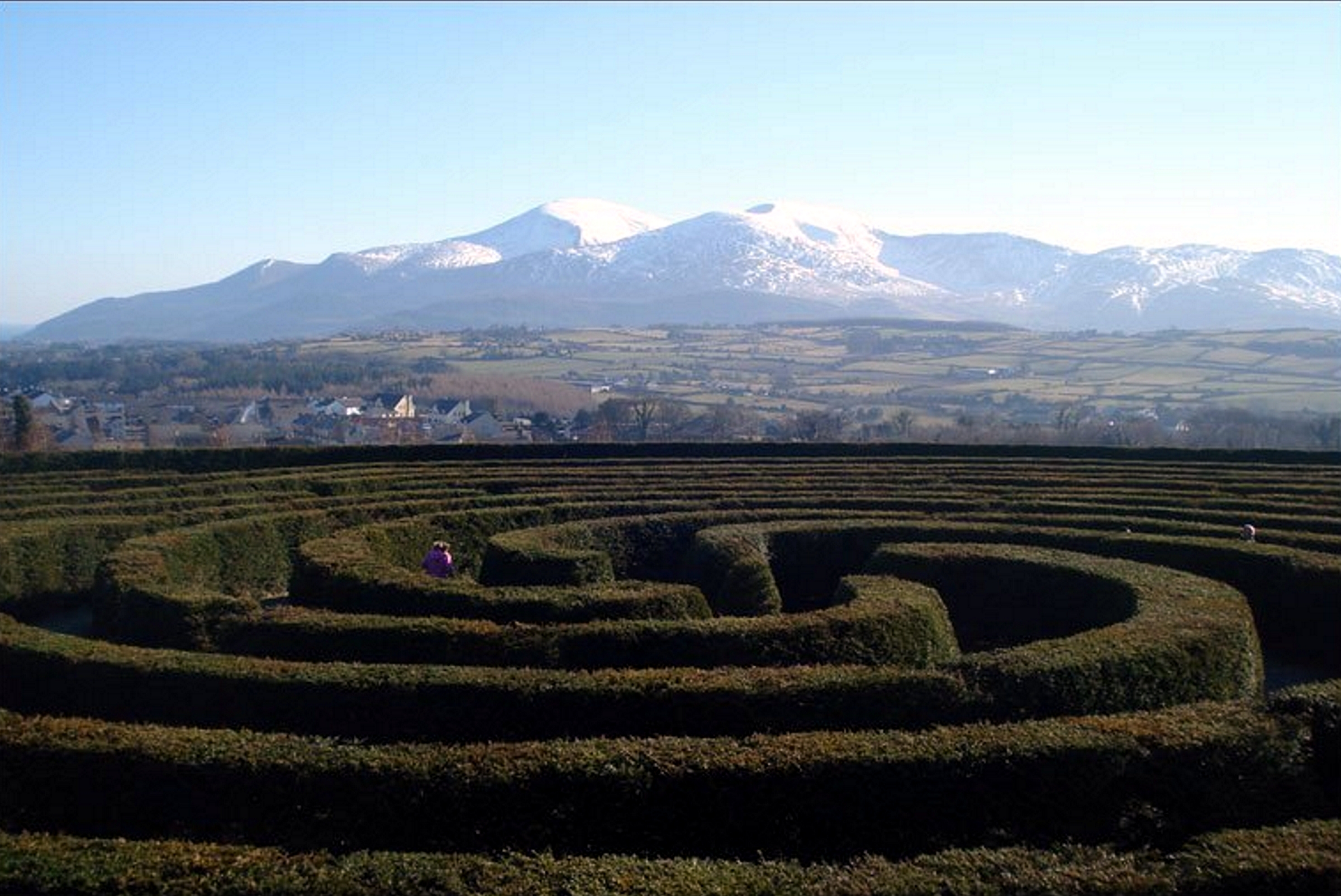 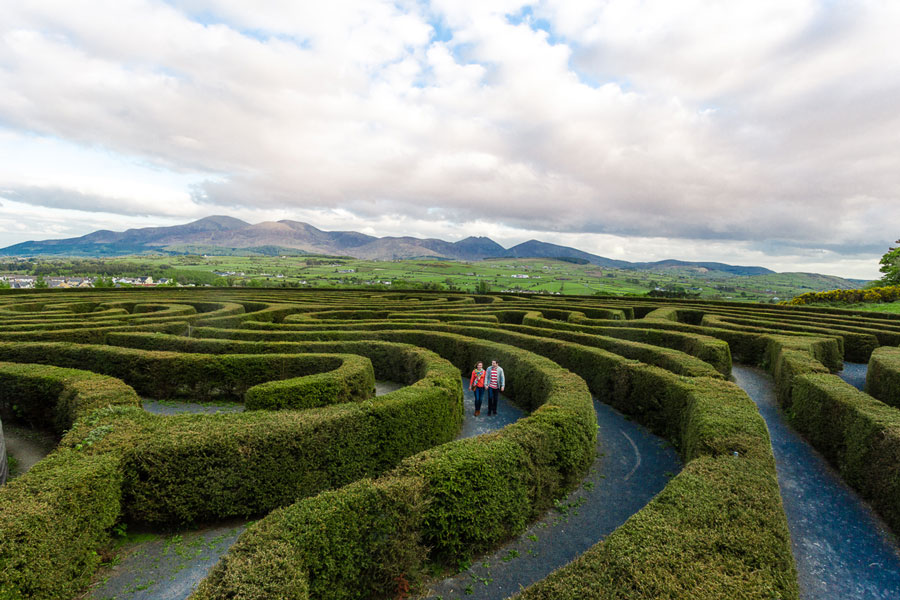 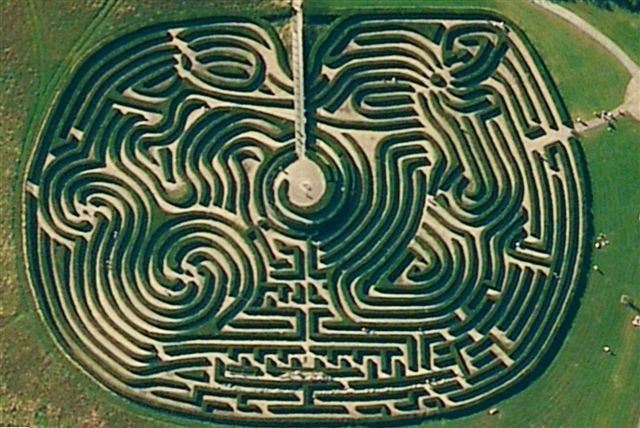 It was grown to mark the Millennium and is designed in the shape of a St. Brigid's Cross. The fully grown hedge maze covers approximately 1 acre with more than 1.5 miles of paths, with hedges over 6 feet high. 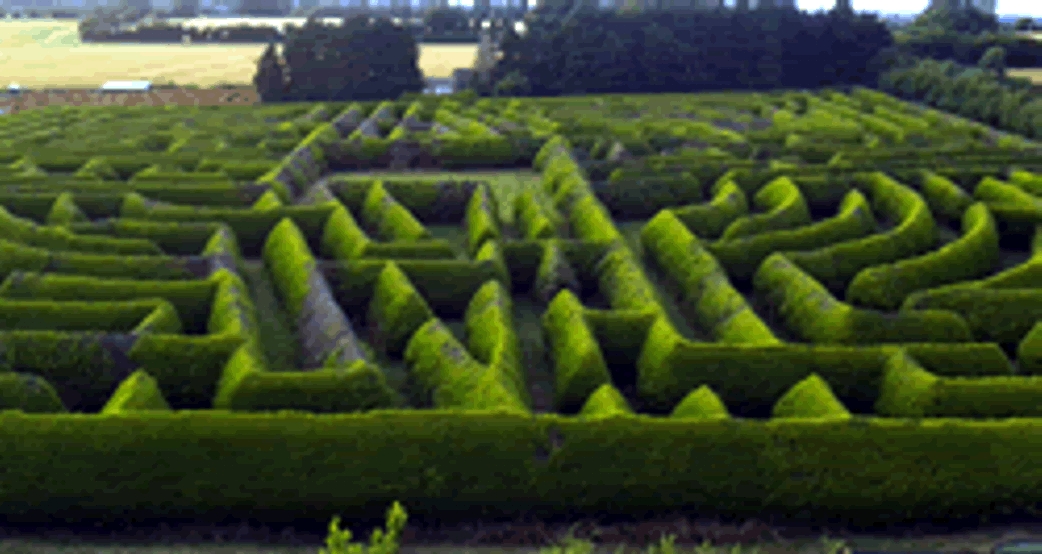 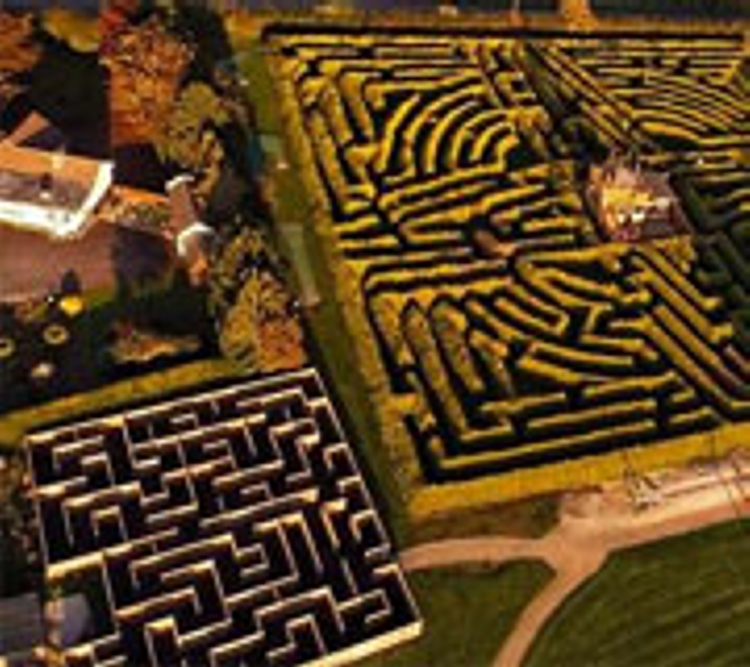 Dunbrody Abbey is a former Cistercian monastery in County Wexford, Ireland. The cross-shaped church was built in the 13th century, and the tower was added in the 15th century. With a length of 59m the church is one of the longest in Ireland.

Next to the Abbey is Dunbrody Castle, and on this site also, lies a visitor centre opened by the Earl of Belfast, only son of the 7th Marquess of Donegall. The Castle garden is the resting-place for an intricate yew hedge maze. Made with 1,500 yew trees, and gravel paths, it is one of only two full size mazes in Eire. The Abbey and Castle are open to visitors to explore at will. 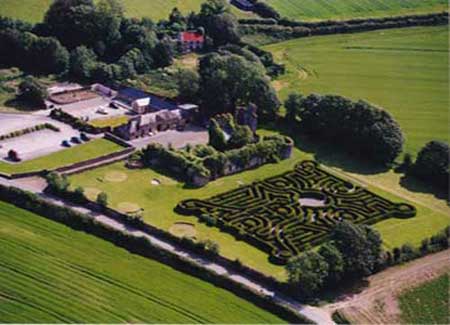 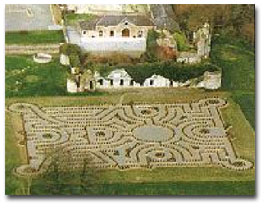 Russborough House is a stately house situated near the Blessington Lakes in County Wicklow, often referred to as the most beautiful house in Ireland! It was built between 1740 and 1750 in the palladian style by Richard Castle (Cassells) and displays fine stucco ceilings by the Lafranchini brothers, marvellous plasterwork and a wonderful mahogany staircase. It has magnificent views of the Blessington Lakes and the Wicklow mountains beyond. Sir Alfred and Lady Beit bought Russborough in 1952. 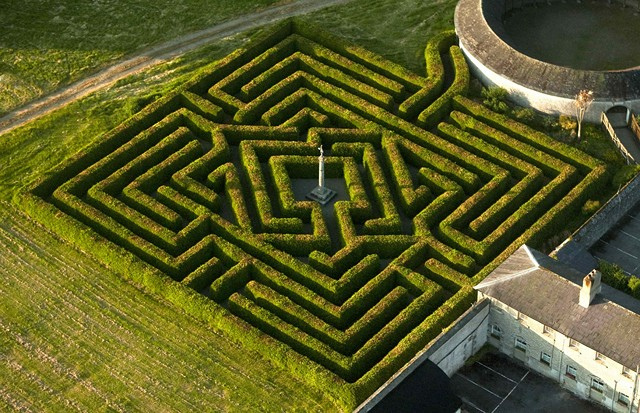 Greenan Farm Museum and Maze, in the midst of the Wicklow Mountains, is a great family escape from Dublin. The large 1/2 acre hedge maze is two meters tall and is a tricky puzzle to solve, the kids love it, while the solstice maze is a more gentle contemplative experience. 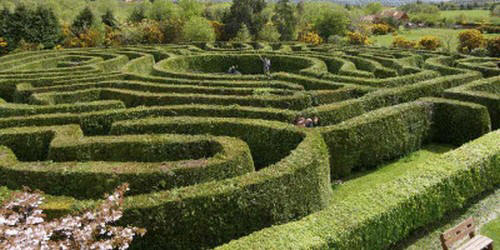